If Liz Truss and her PR advisers thought that local radio would give her a much easier ride than national news programmes, then they were sorely mistaken.

Breaking her silence after four days of turmoil in the financial markets prompted by Friday’s mini-Budget (which saw the IMF call on the government to reverse its tax-cutting plans, the Bank of England make an emergency intervention to prevent a run on pension funds, interest rates shoot up, mortgage deals withdrawn, and sterling collapse to record lows), Truss gave her first media interviews to eight BBC radio stations across the country yesterday morning.

Allocated just five minutes each to grill the Prime Minister, and determined to reflect the concerns, fears and fury felt by their listeners, the presenters wasted no time in going for the jugular, contrary to the patronising suggestions by certain media commentators that local radio interviews would be a soft option.

From Radio Leeds’ opener, “Where’ve you been?”, to a Radio Nottingham listener’s claims that tax cuts were “like a reverse Robinhood”, Radio Teesside’s questioning about dead crabs washing up on local shores, to Radio Lancashire’s focus on fracking, Truss faced a gruelling series of bruising interviews on a range of subjects dear to local radio listeners’ hearts.

Determined to stick to her key messages and defend last Friday’s “fiscal event”, Truss would not accept any responsibility for Britain’s economic crisis, laying the blame squarely on Vladimir Putin. Sometimes she refused to accept the premise of questioning or simply avoided answering the question altogether. Hesitant and robotic in her delivery, at one stage she was lost for words for almost four seconds while attempting to justify her economic policies to Radio Stoke. It made for painful listening.

“An utter shitshow”, “brutal”, “gaslighting” and “blind to reality” were just some of the reactions to her car crash interviews from media commentators and MPs across the political divide.

As The Guardian pointed out, the “PM’s eight short interviews produced more news than a typical slot on Radio 4’s Today programme”.

Whatever you think about Truss and Kwarteng’s dogged devotion to trickle-down economics, the episode shows the importance of communication in averting and handling a crisis (although Truss’s team, of course, deny that it is a crisis).

While Truss is by no means a natural communicator, there are still some fundamental principles that she, and her team, should observe:

Truss – who lest we forget was put in power by a mere 0.17% of British voters – now finds herself alienating not just the markets and the public, including many in the crucial Red Wall constituencies, but a large number of Tory MPs too – among them some of her supporters at the recent leadership contest.

Unsurprisingly, Labour is riding high in the polls, positioning itself as the party of economic competence.

With the term ‘fin de siècle vibes’ reportedly being bandied about Westminster, Truss will need all the communications skills she can muster if she, and her party, have any chance of surviving this self-inflicted crisis of confidence and leadership.

5 Tips to Grow Your Business on Social Media

In the fast-moving digital age, organisations need to engage with social media on a professional level or risk falling behind the pack. Whilst social media marketing might be an intimidating venture to some, effectively using it alongside more traditional PR techniques will bring you a range of advantages that will help your business flourish.

Here are a few tips on how to grow your business on social media:

1. Build a long-term relationship with your audience

Audiences of most traditional PR techniques tend to interact passively with content. In contrast, social media offers a two-sided relationship to its followers allowing ‘likes’, ‘shares’, and replies to a company’s online posts. This “relationship marketing” aspect is a powerful tool in making the brand more accessible. You can help to grow a committed following by nurturing this relationship with high-quality and relevant online content.

2. Be consistent with your online voice

Deviations and inconsistencies in your tone can lead to distrust brewing within your audience base. Avoid this pitfall by ensuring that your voice is clear, becoming recognisably ‘you’ which will help maintain and build a healthy online following – provided this voice is one that connects with your desired audience. It is also important to understand and adapt to the varied attributes that each social media platform offers. Twitter has a much more constrained character limit with shorter visibility, whereas LinkedIn caters to long-form written content and maintains its visibility for longer.

Use the reward systems of social media algorithms to gain free promotion for your organisation’s online profile. Offer consistent content to your audience by following a content calendar that marks out how often and when you are going to post. As a result, the social media platform’s algorithm will recognise you as a reliable source of regular content and will promote your online presence for free. Ensuring that your content is truly valuable to your audience will likely boost its social media metrics of ‘likes’, ‘shares’, and ‘comments’. Once again, the algorithm will reward such engaging content with further organic promotion.

Social media monitoring can be a vital tool in sensing a brewing storm before impact. As any PR professional will know, it is much easier to prevent a crisis from taking place than it is to get the toothpaste back into its tube, so to speak. Through early online detection more traditional crisis communication strategies can be deployed to reduce reputational damage. Be clear and concise if you are going to engage with a crisis online or else you risk worsening the situation, as was the case with Center Parcs and the hullabaloo surrounding their clunky reaction to the passing of Queen Elizabeth II.

5. Use analytics to monitor growth and shape strategy

Analysing the level and extent of online engagement in your content can help target all future content and key messaging. The vast analytics offered on social media platforms, such as impression rates, enables you to closely monitor the growth of your account and ensure that it remains on an upwards trajectory (within your preferred target audience) by recognising and doubling down on the types of content that have the best engagement rate.

Traditional PR and social media marketing are powerful tools that can become even more profound when used in sync. Failing to utilise social media is to miss out on vast engagement with, and knowledge of, your audience. However, your social media presence should be taken as seriously as other elements of your business. Failure to ‘read the room’ or sense an impending crisis, for instance, can end in a social media pile-on, creating a disaster for even the largest and most robust of organisations.

In short, content is king – create it, target it, evaluate it and don’t be afraid to adapt it if circumstances demand it.

What Lawyers Can Learn From the Royals on PR 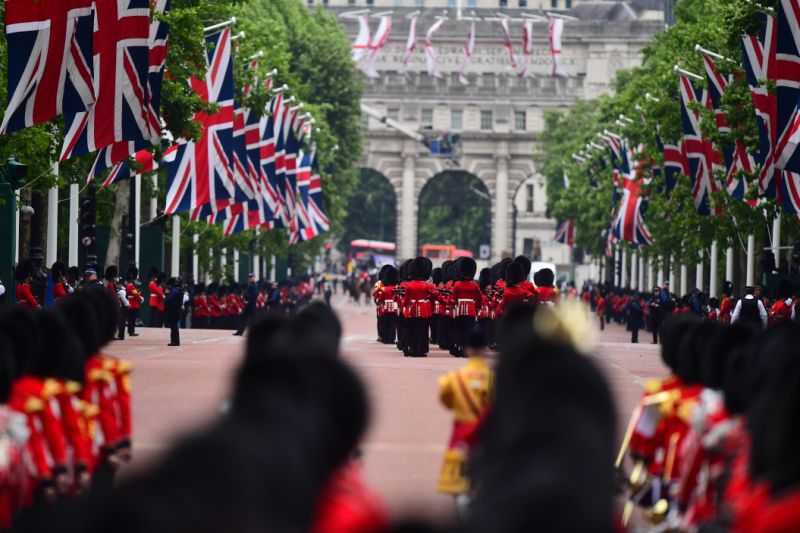 The Royal PR machine is an impressive operation. They don’t always get it right, of course, and have had their own share of slings and arrows to cope with, especially in the last few years, but overall, without doubt, the family’s contract with the nation has been nurtured by and has grown to rely on PR techniques that most business leaders – including at law firms – can’t ignore. Here are our top ten tips for successful PR Royal style:- 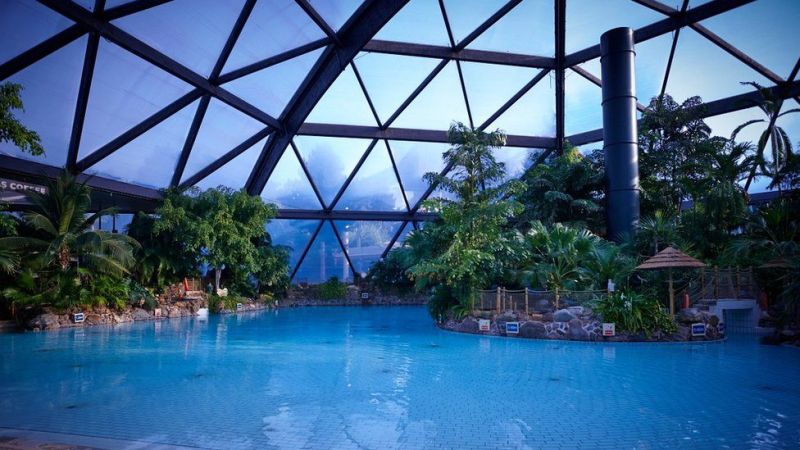 Communications during a crisis need to be clear, empathetic and sense-checked for rebound risk as any specialist PR expert will tell you. Sadly Center Parcs was one of a number of organisations who didn’t quite get these ingredients right in their clunky handling of a self-inflicted furore this week.

The Center Parcs team caused anger and confusion when attempting to correct an earlier contentious position regarding the proposed closure of their facilities on Monday 19th September, out of respect for the funeral of Queen Elizabeth II.

After an eruption of online outrage following the announcement that holidaymakers would have to vacate their lodges for the day, an inevitably swift U-turn followed. However, this wasn’t the end of the PR headache for the company which prides itself on providing relaxation and escapism for all.

The team at the short-break holiday company took to Twitter to calm the brewing storm – only to provoke fresh backlash. Replying to one tweet of outrage, the company said:

“We recognise leaving the village for one night is an inconvenience, we have listened and made the decision to allow guests to remain on village on Monday, however, the village will still be closed, so guests will need to remain in their lodges.”

The prospect of guests being locked in their cabins led to further incredulity and required a follow-up tweet apologising for the miscommunication.

Center Parc’s clumsy engagement was sadly not unique, as a similar blunder from the Met Office shows. Its Twitter account recently posted:

“As a mark of respect during this time of national mourning we will only be posting daily forecasts and warnings.”

What the national weather service meant to say was that it would not be providing additional lighthearted content during the national period of mourning, aside from its regular weather service. However, due to its lack of clarity, followers quite reasonably took the tweet to mean that the public would only be informed of the weather one day at a time.

Whilst brands such as Center Parks were undoubtedly looking to support staff loyal to the Queen when formulating their original closure policies, it’s little wonder they faced ridicule having completely failed to balance this intention with consideration for the practical needs of their all-important customer base. The impact of corporates’ decisions on their consumers should be paramount, with plans stress-tested by the communications teams before any announcements are made. It’s simply PR 101.

Failure to do so in these cases has turned an act of respect and reverence for the passing of the reigning monarch and head of state, into an exercise of alienation, from which it is hard to recover. We’re keeping our eyes out for smart Center Parcs advertising in due course – perhaps poking fun at itself in recognition of its right royal muck up.